Berlin, Germany is a city best known for its infamous wall. And while the wall is awesome, and definitely high up at the top of my list of favorite things to do in Berlin, there are many other interesting things to do and see while you’re there, some of which I’m sure are well known, and others which are much less publicized, yet just as exciting (if not more). This time, my list is saving the best for last, so read on to find out the BEST thing to do in Berlin!

10. Check out the Alexanderplatz tower.

Known by the locals as Fernsehturm de Berlin, the Alexanderplatz tower is a TV tower located in Berlin. It looks like a really cool, really huge needle in the sky. It’s also the tallest building in Germany which is awesome!

9. Stroll through the museums.

There are so many museums all around Berlin, and they all have some really interesting artifacts. I’m typically not much of a museum girl for the most part, and although I was feeling lazy and tired on our museum day, I still enjoyed a lot of the things I saw. Also, it was summer and SWELTERING hot outside, so jumping into the air conditioning felt great.

8. Find the line that marks the fallen wall.

We all know that parts of the Berlin Wall are still up in Berlin. But we also all learned about the fall of the Berlin Wall in high school history class. Well, you can find the line that marks where the wall used to be before its’ fall! It’s pretty cool to see. 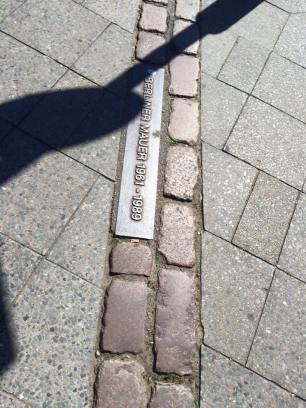 I know, I know… Berlin doesn’t have any beaches. So what’s this beach bar? It’s a bar that’s been dressed up to look like it’s at a beach! You walk along a pathway, and on one side you have the river, on the other you have some really awesome graffiti, and at the end, you reach a ton of sand, and a beachy style bar. It was a really awesome place to chill out and have a few drinks. But when choosing your beer, be a little smarter than me… I accidentally picked a nonalcoholic beer. Where’s the fun in that!?

6. Go to the Brandenburg Gate.

The Brandenburg Gate is an icon of Berlin, and one of the more well known historical landmarks in the city. If you go during the day, you can likely see some street performers entertaining all the tourists and passerby. If you go in the evening, you can see it lit up beautifully in the falling night. 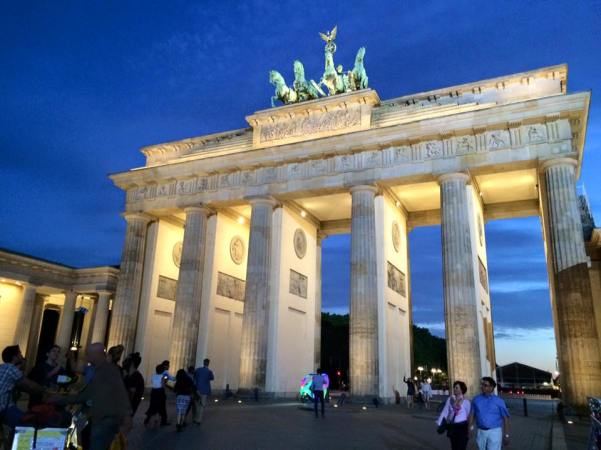 The Cathedral is a stunning building with a lovely park to spend some relaxing time in! There’s also a fountain that provides a refreshing cool off, if you so please!
(Photo courtesy of CroisiEurope via Google Images.)

I’m sure many of you have seen photos of the different sized grey blocks taking up a huge chunk of area, but what you might not know is that this is actually Berlin’s ‘Memorial to the Murdered Jews of Europe’, also known as the Holocaust Memorial (the latter sounds a bit nicer rolling off the tongue…). Walking through it is so interesting, how they change size and height, it’s like walking through a concrete wonderland. It’s a really great and different way to memorialize the terrible genocide that happened.

3. Go to the top of the Reichstag Building.

The Reichstag Building is the location of the German Parliament. They offer entrance to the top of the building, where you can see some really stunning views of the city, as well as see the huge glass dome that’s built on top of the building. You can also walk inside the dome and around all the way to the top of it! If you’re interested in doing this, make sure you book ahead of time, especially if you’re visiting in the summer. We booked 3 months in advance, and even then, there was only 1 time slot available in the 4 days we were there! Luckily, that time slot happened to be during sunset, so we had an absolutely breathtaking view from up there! Use this link to register yourself for a visit! (It’s free!) 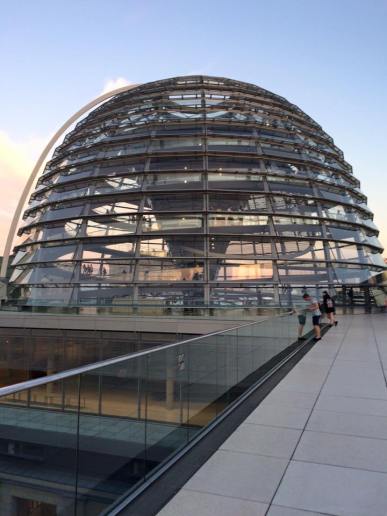 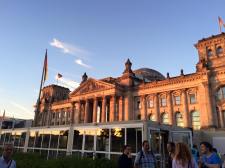 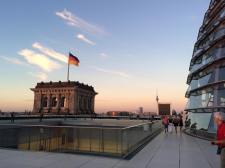 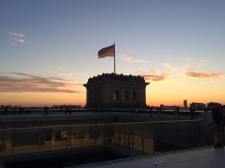 2. Walk along the Berlin Wall.

I’m sure you thought this would be number 1, but it’s not! The Berlin Wall is a sight to see, that’s for sure, and walking along the great expanse of it is so interesting. You can see all the different art and graffiti that has been contributed to this iconic piece of German history, and it’s all so beautiful. Some of the art is really unusual, but it all makes for a great time. 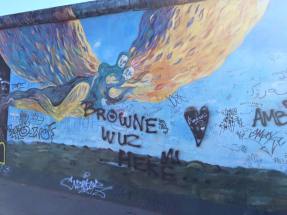 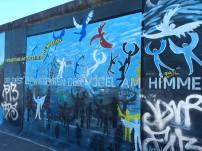 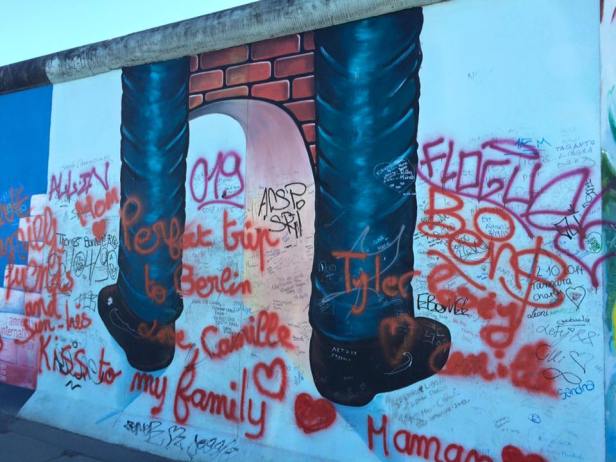 Most cities in Europe offer a walking tour. Some are free, some are not. Berlin offers many different walking tours. Instead of choosing to do the basic walking tour, we decided to stray off the beaten path and do the alternative walking tour, and we were so glad we did! Not only was our tour guide super awesome, but he took us to places that we never would have found on our own! The beach bar and the line of the fallen wall were both two places he took us and we definitely wouldn’t have ended up there if we were strolling the city on a different tour (well, maybe the line we would have). He took us around and showed us some really incredible places with graffiti and art that was just as cool to see as the art on the Berlin Wall. I highly suggest spending your time on this walking tour over any of the others! It was a very enjoyable way to spend a few hours! 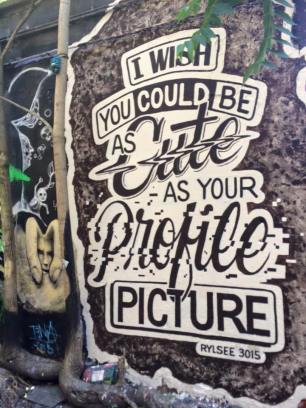 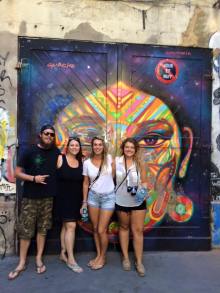 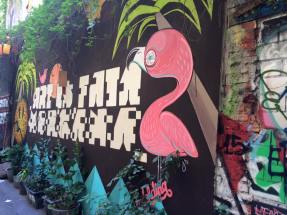 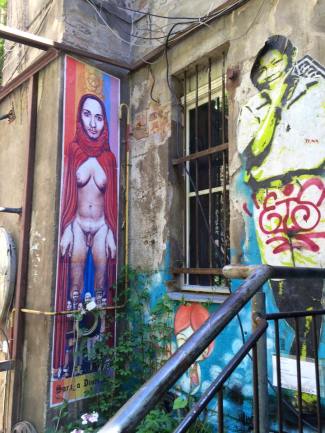 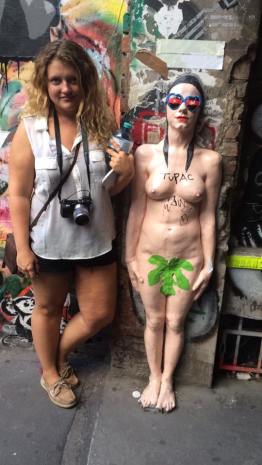 I leave you all with that… Hope you enjoyed all my photos and I hope you enjoy your trip to Berlin, whenever it comes!

One thought on “10 best things to do in Berlin, Germany”